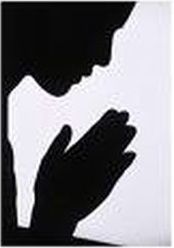 We are living in most interesting times. World events resemble an out-of-control ride down a steep mountain road with the brakes gone.  For those of us who are intercessors, it is time for us to roll up our sleeves and get to work in prayer — but it all seems so overwhelming sometimes, doesn’t it?

Now more than ever, we must pray by revelation. The good news is, God desires to tell us ahead of time what is about to happen, so that we can prepare and pray accordingly. Amos 3:7 declares, “Surely the Lord GOD will do nothing, without revealing His secret to His servants the prophets.” I don’t think that verse is limited only to those who have an “official” prophet ministry. God is in the business of releasing both revelation and prayer strategies to those who will  listen and respond with intercession. We just have to make ourselves available to Him, as Isaiah did in Chapter 6:8: “Also, I heard the voice of the Lord, saying, ‘Whom shall I send, and who will go for us?’ Then I said, ‘Here I am; send me.'”

Are you willing to hear from the Lord and then pray into whatever He shows you?

In the rest of this post, I will share with you a dream I had. My purpose is twofold —
1.  to demonstrate how God can speak to us on what to pray about, and
2.  to ask you to join me in intercession on a critical issue.

About three weeks ago, I dreamed I saw a huge bug scurrying around my living room, hiding here and there. It looked sort of like a cross between a Tarantula spider and a centipede, with feathery legs, but it was moving so fast all the time that I couldn’t get a good look at it.  The span from the legs on one side of its body to the other was about 5 inches (13 cm). In the dream, I realized I had brought the monster bug back with me from Africa.

In the next scene, I was in my mother’s living room. I placed a bowl of water on the floor, and then poured bleach into it. A little later on, I looked at the bowl, and what appeared to be one of the legs of the monster bug was now floating in it.

Here’s the interpretation, as I understand it:

The huge bug scurrying around so rapidly was about Ebola coming to the United States, and that it would crop up in various parts of the country very rapidly. The bowl of water which I placed on the floor reminded me of “the golden bowls full of incense, which are the prayers of the saints,” found in Revelation 5:8. Pouring bleach into the bowl represents intercession acting as a disinfectant to stop Ebola from becoming an epidemic in America. (Notice also that “a bowl of” and “Ebola” sound a lot alike. God sometimes uses word plays to get a point across in dreams. In this case, He is confirming a second time that the dream really is about Ebola.) The leg floating in the bowl of bleach indicates to me that through prayer  we can “dismember” Ebola so that it cannot travel.

When I saw the bug, it was in my living room (indicating it is revelation I personally received), but when I placed the bowl of water on the floor, it was in my mother’s living room. My mother’s house usually represents the local church in my dreams, so I think this means believers praying together will be required to stop Ebola from becoming a problem in our nation.

I am uncertain about whether intercession can stop Ebola entirely from coming to the U. S. or whether our prayers are meant to keep it from becoming an epidemic once it has come here. The dream does not seem to give those details. Our local prayer group is praying on both points, but we’re shooting for the best — that it would not even be able to start in the U. S.

I want to say to our African brothers and sisters who live in Ebola-afflicted or endangered countries, in the midst of praying for Ebola to not harm people in America, we have not forgotten you. We are also praying diligently for Ebola to stop its rampage in Africa. And, just as we protect our country through prayer, you can intercede and bring an end to this terrible disease where you live. God gives us particular authority in the name of Jesus to receive answers for our home turf. Pray and declare an end to Ebola where you live. We are uniting in prayer with you.

For those of you who have read this post and feel a tug on your heart to intercede about an Ebola threat, please join us in prayer. If you are part of a prayer group, if you could share this with your group and take it together before the throne, that would be wonderful.

I would be so pleased to hear from those of you who are taking up this prayer request along with us. Thank you!

(Special thanks to Theresa Glover and Bill Konow for your assistance in interpreting several points of the dream. I appreciate you both!)

Follow-up Article — What Christians Can Do to Stop Ebola

2 responses to “Prayer Strategies and Ebola”

This site uses Akismet to reduce spam. Learn how your comment data is processed.